From Kate Middleton and Prince William’s college days to the royal fab four… we have covered it all for you.

We all agree that Kate Middleton and William’s romance was a love story that attracted the public vision.

We all love a fairytale ending, don’t we? Right from the moment that Kate and William began dating at St Andrew’s as students to the Royal wedding that launched a thousand long-sleeve lace bridal gowns, it’s a fairytale, isn’t it?

Presently, the parents of three children are very happily settled with them. According to Abhishek Singh Bisht, a writer for The Royal UK, it is just the perfect time to a look back at their heart-warming royal romance. Let’s start?

Also read: Duchess Kate opens up about her relationship with Prince Harry.

Actually the now-married parents of the expected heirs to the throne used to play hockey at the age of 9. Kate Middleton first saw William while his prep school was competing against hers in a match. Kate wasn’t interested at all, but young William was the first to catch her eye. It was mainly due to the excitement generated around his arrival at the school. It was the first time Kate had set her eyes on the young prince, but certainly not the last.

It wasn’t until 2001 that Kate and William met again. They met officially as freshers at the University of St Andrews. William initially struggled to adjust to campus life but Kate Middleton persuaded him to stay. But the romance didn’t start until the end of 2003 when Kate Middleton split up with her then-boyfriend (a fellow St Andrews student). The relationship went public when they were photographed skiing together in 2004. The next year they graduated.

Many reports emerged that Kate and William’s relationship had ended. Later it was confirmed in April 2007 that the pair had parted ways. The break-up, though, didn’t last long and they were spotted together attending the Concert for Diana, marking the tenth anniversary of her sad passing.

Engagement and the royal wedding

On 29th April 2011, Prince William and Kate Middleton were married. The marriage took place at Westminster Abbey, in a ceremony which was watched by two billion people in more than 180 nations. They were also given the title Duke and Duchess of Cambridge. Kate Middleton decided to wear a bespoke gown designed by Alexander McQueen’s Sarah Burton, which immediately became one of the most iconic wedding gowns of all time.

Also read: Five times when Kate Middleton did not follow the Royal protocol and traditions.

On 22nd July 2013, Prince George Alexander Louis of Cambridge was born. Currently, he’s third in line to the throne behind his father and grandfather Prince Charles. Prince George was baptised in October, in the Royal Chapel at St James’ Palace. The antique christening gown is a tradition & has been worn by royal babies as far back as 1841.

‘I hope it will be a girl this time,’ Prince of Wales, Charles, told reporters when it was revealed that he would soon become a grandfather for the second time. On 2nd May 2015, Princess Charlotte Elizabeth Diana of Cambridge was born in the Lindo Wing of St Mary’s Hospital. ‘I feel, very lucky that George has got a little sister,’ the Duchess said.

On 23 April 2018 Prince Louis of Cambridge was born. He is the youngest child and second son of Duke and Duchess of Cambridge, William and Catherine. Prince Louis is fifth in the line of succession to the British throne.

After a year of dating Prince Harry, Meghan Markle is reported to have met Kate and Princess Charlotte in January 2017. However, it’s not until a year later that the two Royal couples are officially photographed together – earning the title ‘the Fab Four’ at Anmer Hall as they walk to the Christmas Service.

In May 2018, Princess Charlotte is a bridesmaid for the wedding of Meghan Markle and Prince Harry. Prince Harry and Meghan Markle’s nuptials mark the first major Royal Wedding since Kate Middleton and Williams’ in 2011.

Following the wedding, however, rumours of a reported feud between the Duchesses emerge with sources claiming that Meghan left Kate in ‘tears’ over a series of demanding dress fittings for Princess Charlotte. 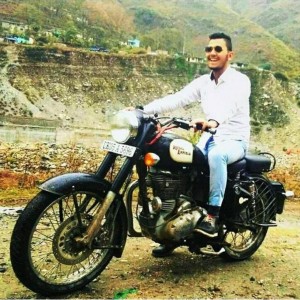